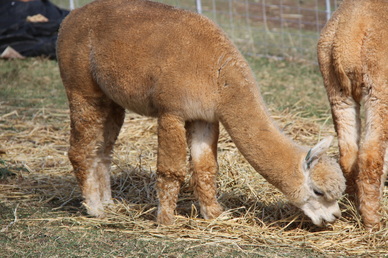 IAR:  173616
DOB:  24/01/11
Sire: Jolimont Tucapel
Dam: Jolimont Chantia
Colour: White
Viceconte 69 is a lovely natured boy who is siring some impressive progeny. Although he is white, he often throws cria that are darker than the dam. His progeny are now successfully gracing the show rings, as he did in his younger days.
His show results include:

Fleece test results for Viceconte 69 are: